The Museum of Zoology 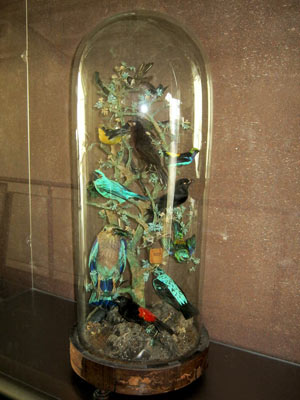 The fauna heritage of the Museum of Zoology, initially consisting of the collections of the Academy Gioenia of Catania, the Arada malacology collection, has been subsequently enriched by important collections of great historical and scientific value. Particularly interesting is the collection of over 160 birds donated in 1911 by the Circle of Hunters of the province of Catania; the collection of Baron Franco Auteri, consisting of a thousand mainly exotic birds, donated in 1923 by the noblewoman Angelina Paternò Castello of Biscari; the skull of a sperm whale dating back to 1912; a young elephant donated in the thirties by the Emperor of Abyssinia. Since the late eighties, the museum has acquired several specimens of non-European mammals, including some very large ones, as well as marine and terrestrial invertebrates. Of particular interest are the ornithological collections Baglieri and Baglieri-Benanti, which include more than 500 Sicilian birds, and the entomological collections Briganti (approximately 30,000 beetles) and Ragusa (approximately 5,800 moths and over 25,000 beetles). Moreover, over the years, various collections of invertebrates, fishes, amphibians and reptiles have been gathered, and used for scientific and didactic purposes by the academic staff, researchers and students of the university.