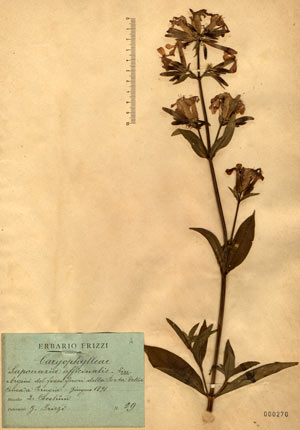 The Benedictine monk Francesco Tornabene Roccaforte founded the Botanical Garden of Catania in 1858. Today the Botanical Garden covers an area of around 16,000 square meters of land in part of volcanic origin (lavas from the Roman period), and partly alluvial. The area is divided into Hortus Generalis (13,000 square meters), which contains mainly exotic plans, and Hortus Siculus (3,000 square meters) for the cultivation of wild Sicilian species. The large greenhouse, “Tepidario”, one of the most impressive structures of the Garden that was demolished in the fifties, has been replaced with a new structure for the cultivation of tropical plants, which opened in 2008. The richest collection of the Botanical Garden of Catania is certainly the one of succulent plants, which includes about 2,000 species, mostly Cacti, Euphorbiaceae, Aizoaceae, for the most part grown outdoors. Also notable is the collection of palms, including different genera and about eighty different species, most of which - despite coming from tropical or subtropical regions - flourish and bear fruit regularly in our climate.