The collection of the historical instruments of the Department of Physics 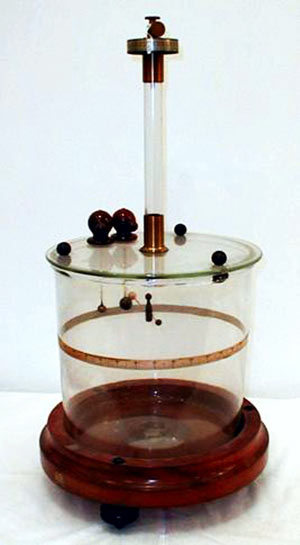 The collection of historical scientific instruments of the Department of Physics and Astronomy of the University of Catania was established in the mid-1980s, as part of a national project that involved numerous universities and astronomical observatories. The project, which was extended to books and scientific publications of the past, outlined the enormous richness of our national historical-scientific heritage, thus creating the conditions for its more effective valuing and safeguarding. The particular technical solutions adopted to realize scientific instruments, the type of measure and precision that these allow to obtain, provide us with important information about science in a given historical period. The specimens of ancient instruments of physics, exposed to Science City, are part of a larger collection of about 200 items, dating mainly to the second half of the nineteenth century and the first half of the twentieth. Most of the instruments of the collection have been restored, and catalogued photographically; some of them have had complete functionality restored. The constitution of the instrument collection has been accompanied by a historical reconstruction of the different lines of research of physicists and astronomers who worked in Catania in the second half of the nineteenth century and early twentieth century.