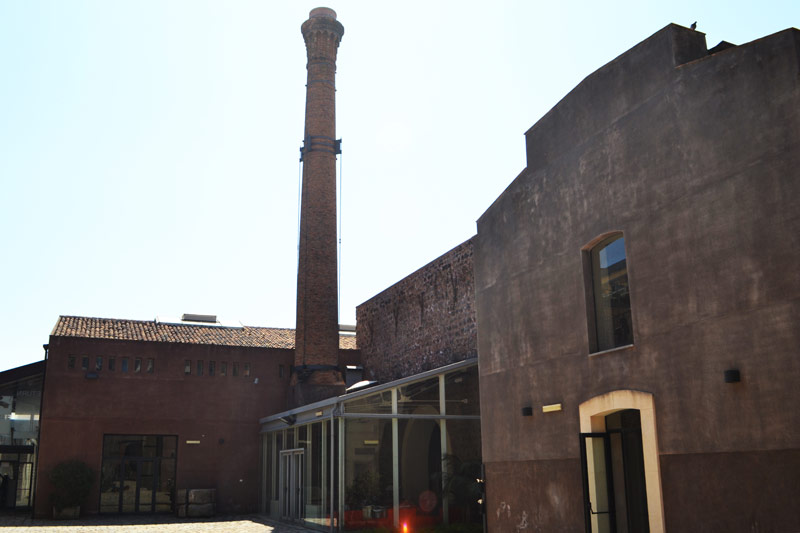 The Science City of Catania is located inside an old brimstone refinery, testimony to the late nineteenth century industrial architecture, which flourished around the extraction of this mineral. The utilization of sulphur, beginning from work in the mines to the multiple transformations linked to sanitary, phytosanitary and military uses, produced in Sicily - between the end of the 19th century and early 20th century - relevant social and territorial changes: the sector employed around 40,000 people, extracted and transformed around 90% of worldwide production. The building, like others situated in the area of “The Chimneys”, the industrial pole of the city in the nineteenth century, was used to work sulphur deposits, from its storage to transformation into a “polished” product, refined and sublimed, then sold loose in slabs of around 50 kg or in “Cannoli” pieces. Over the years the factory became abandoned, and spaces were left to other activities (such as shops, warehouses) until the University of Catania bought it in 2005 to create a new generation scientific museum. The old structure was restructured so as to express a new way of thinking and working in museums today: not a traditional museum, but a dynamic and interactive place dedicated to scientific learning, cultural promotion and artistic activities.